A successful facelift should look natural and remain stable for more than 10 years.

In the U.S., 90% of surgeons perform a SUPERFICIAL PLANE or SMAS Facelift. This involves undermining the skin and pulling on the layer (fascia and muscle) beneath the skin and, under tension, either oversewing it or removing a small section, or simply suspending it with special threads. Tension is also placed on the skin. In most patients, this gives an unnatural pulled look, especially during animation (e.g. smiling), and typically this type of facelift relapses to the presurgical aged condition in 1-5 years, requiring another facelift. Approximately 50% of Dr. Evan’s practice is revision or secondary facial surgery for surgery that had been performed by other surgeons (especially facelifts). It is best to have the correct procedures performed the first time.

The other 10% of U.S. surgeons, including Dr. Evans, perform a DEEPER PLANE facelift. This involves undermining the skin as well as the layer (fascia and muscle) beneath the skin and passively mobilizing and relocating this layer to the correction position without tension. The skin is redraped without tension. This technique gives a natural “unoperated” look, especially during animation and remains stable for 10-20 years and often longer, depending on the amount of subcutaneous fat. This technique takes longer (2 additional hours) to perform, is technically more demanding and is more expensive. Dr. Evans believes the results are worth it. He only performs DEEPER PLANE facelifts. This facelift is typically performed concurrently with an Endoscopic Browlift and a Cervicoplasty (Necklift).

Facelift – Before and After Photos

Patient had 2 previous Superficial Facelifts by OTHER SURGEONS. 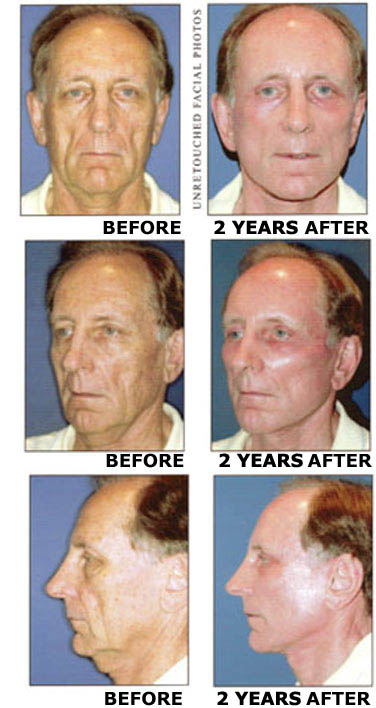 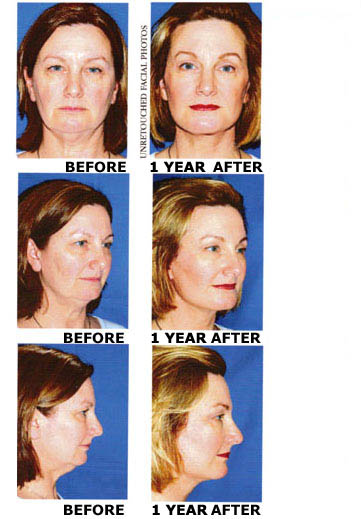 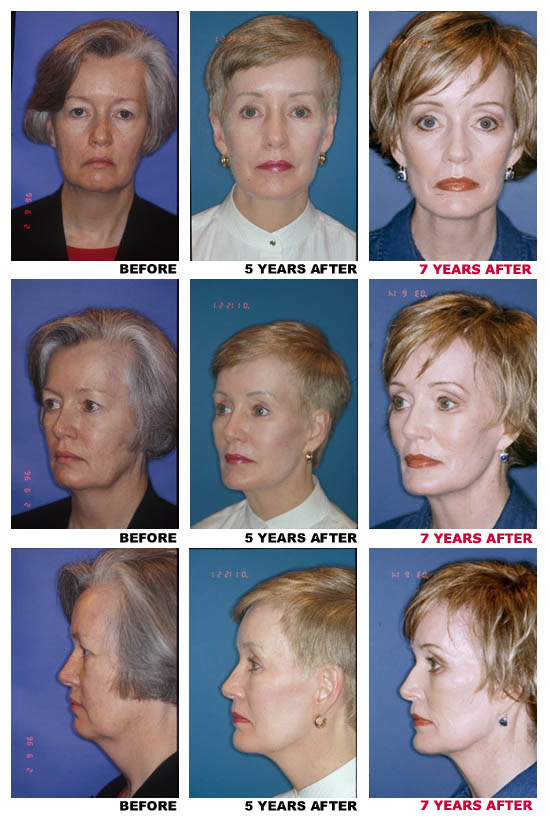 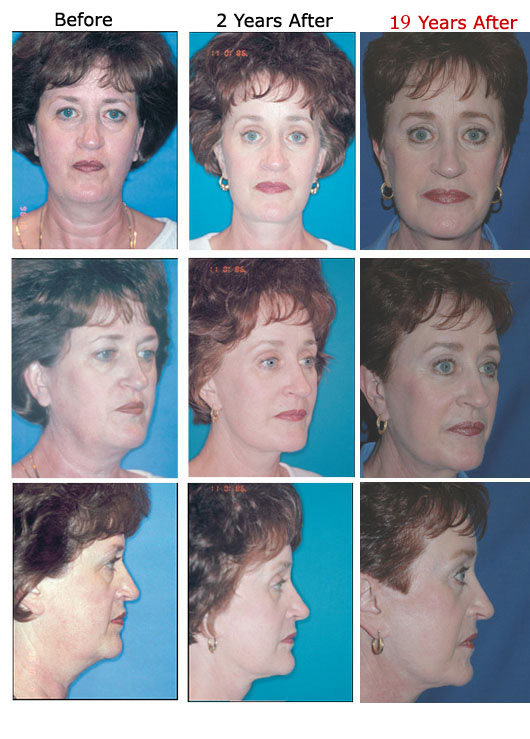